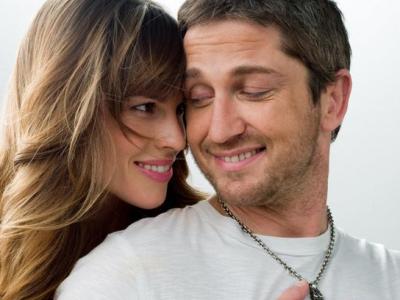 ROMANCE…!!! IS IN THE AIR..! AND NO LOVE IS WITHOUT TEARS JUST LIKE NO FOREVER IS WITHOUT A GOODBYE..!!

Sometimes, there's just nothing like watching movies to make you cry..!! Movies are all about bringing out our emotions..those tears rolling down the cheeks and if a film is powerful enough to make you shed some tears, then it has done its job! So get your tissues ready as we go through our top 10 movies to make you cry! I will try not to spoil the movie endings for anyone, but I can't promise anything!

1.MARLEY & ME
Whether you've owned a dog before or not, "Marley & Me" is definitely one of my top movies to make you cry. Every single time I see this movie, I always have tears in my eyes! Because this movie makes you feel like you're actually growing up with the dog Marley, and because it's a movie that shows the dog's entire life...that includes the end of it. The end of the movie feels like you have to say goodbye to your own dog that you've had for the past hour and a half! It's a great story of growing up and shows just how much love a dog can bring into your life..!! It would be the same feeling as if I am losing my own dog..!!!! 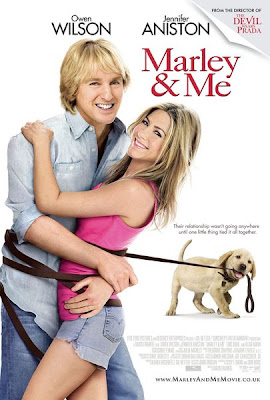 2.THE NOTEBOOK
One of the most beloved love stories of the last decade, "The Notebook" made most of us go through an entire box of tissues till the last tissue!! Nicholas Sparks always has a way of writing stories that pull at our heart strings. The Notebook jumps between two stories, one about a young couple's troubled 1940s romance and an elderly husband and wife struggling to stay together in a modern-day nursing home. Plus, watching any love story where Ryan Gosling is the lead will bring us to tears just from wishing he was ours! 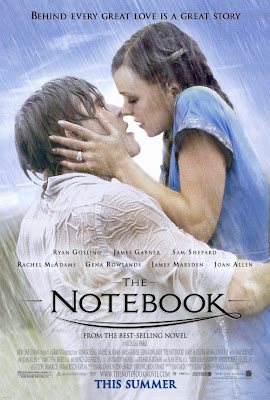 3.TITANIC
"I'll never let go Jack!" I think "Titanic" was the first romantic Hollywood movie of my life, and the first movie I cried over for days after it ended..!! Jack meets Rose on the Titanic and slowly shows her that there is happiness and love outside of her shallow rich world that her mother created for her. Then, when they just start falling for each other, tragedy strikes and they are thrown into trying to survive. Obviously if this made the tearjerker list, one of them doesn't make it. But in case (for some weird reason) you've never seen "Titanic" or had the ending ruined for you by now, I won't tell you which one! Then there's that famous Celine Dion movie soundtrack song "My Heart Will Go On" that can provoke tears by itself..!!! 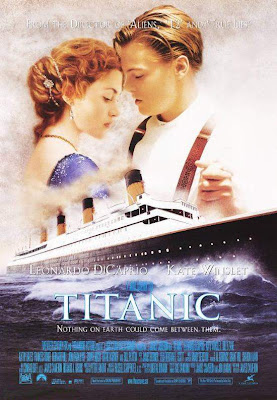 4.GHOST
The movie "Ghost" is unique in that the male lead, Sam, dies right at the start of the movie. However, his spirit is stuck on earth to help protect his girlfriend Molly and avenge his death. Plus, now there's the added sad aspect that the amazing (and handsome) Patrick Swayze has passed in real life too. Saying goodbye to a loved one is always upsetting, but a young couple in love having to do it is always a guaranteed tearjerker. Plus there's always the super romantic pottery scene!!!! 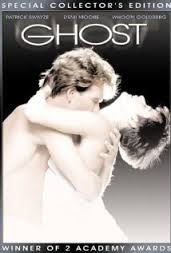 5.A WALK TO REMEMBER
As I mentioned earlier, I think it's safe to believe that you will always need a lot of tissues when watching a film adaptation of a Nicholas Sparks book. In "A Walk To Remember," Landon is a high school bad boy who falls in love with God-loving good girl Jamie, who slowly makes him change his ways. Sadly though, Landon finds out that Jamie is dying of leukemia and tries to complete her "bucket list" before it's too late. Just reading the movie summary for "A Walk To Remember" can leave you with some tears, so it's no surprise that you will be bawling like a baby throughout the entire movie. 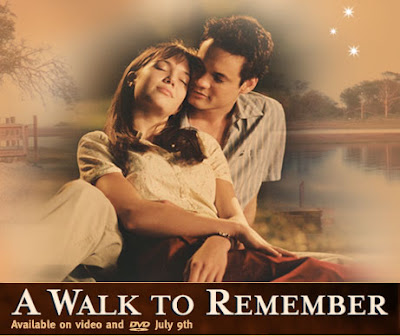 6.P.S. I LOVE YOU
’’P.S I Love You" has another movie summary that may make you tear up without you even seeing the film. Holly Kennedy is beautiful, smart and married to the love of her life - a passionate, funny, and impetuous Irishman named Gerry. So when Gerry dies from a tragic illness, Holly is devastated. However, before he died, Gerry wrote Holly a series of letters that will help guide her, not only through her grief, but in rediscovering herself. What could possibly be more tear-jerking than having the handsome Gerard Butler die in the beginning of a movie and then being loving enough to want his wife to be happy and find love again? I'm tearing up already just remembering it!!! 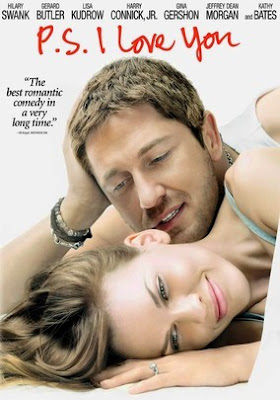 7.KUCH KUCH HOTA HAI
A full of romance and musical movie…Kuch kuch hota hai is like my all time favorite!! Shahrukh at his best..! The best love triangle..!! “Hum ek baar jeete hain ek baar marte hain..aur shaadi bhi ek hi baar hoti hai..Aur pyar Bhii...!!” Shahrukh is the only actor in the film industry who can make the ladies die in romance and shed bucket full of tears..at the same time..!!
Rahul has just lost his wife, Tina, due to childbirth. His daughter, Anjali and his mother is all he is left with. Tina has left eight letters for her daughter to read on every birthday. The eighth one is the most important. Anjali reads the letter and Tina discusses in the letter about his best friend, Anjali. There is an important task that Tina has asked her daughter to carry out. It's up to Anjali how she does it…!! 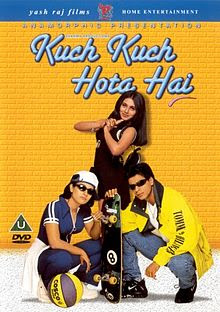 8.KAL HO NA HO
NAINA..an ideal daughter, sister, friend, guide but she is a disappointment to her large Punjabi family for the standard reason--she is not married and has no immediate intention to be. Though Naina is involved in a teasing with a fellow student, the gujju wealthy Rohit, she has closed her heart against love, a result of her father's mysterious suicide some years before. But suddenly a shooting star drops into her life in the form of Aman, an infectiously optimistic and energetic visitor from India…!! I had cried every time watching this movie..!! 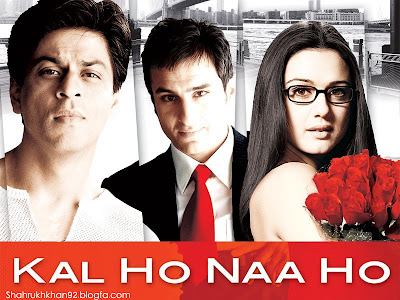 9.UP
I  know it’s an animated movie..But this can also make your tears roll down your cheeks..!!
A childhood love story..of a loving and a caring couple..Carl and Ellie Fredrickson who had grown old together selling balloons as their living. They used to live in an old house where they first met. When Ellie died of old age leaving Carl alone in the house.
How he managed to reach Paradise Falls in South Africa; where they both have promised to go..! 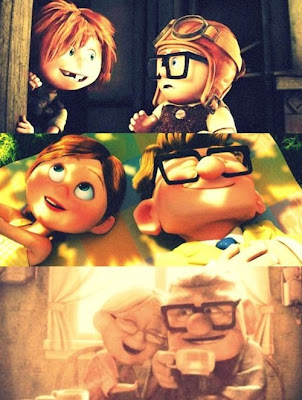 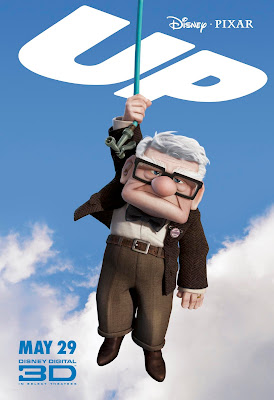 10.BARFI
Love is easy language, but you must know to whom you wanna communicate it to.All the scene of Barfi  talks more than what he wants to talks. About Jilmil character, a person “autistic” by birth reflected a lot of emotions, lot of feelings, possessiveness; As Shruti narrates the story in a compelling way..!!

You would love to have someone to love you like this..!! After watching the movie..!! 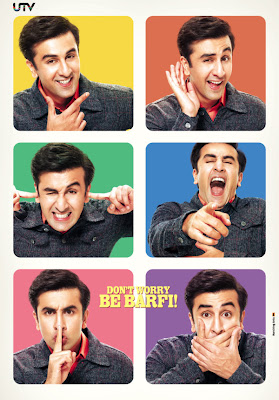 There's nothing like a good cry, especially when you've been feeling like the world has been weighing down on your shoulders lately. It can also be a great way to bond with your girlfriends, Mom, or any other important woman in your life. To be able to connect with characters and a story so much that it makes you cry is an amazing feeling and thus why tearjerker chick flicks are so popular. What movie makes you cry like a baby every time you watch it?
Posted by Unknown at 22:46

LOOK of the DAY

Promote Your Page Too

FASHION STYLE AND WE !!